Trump Is President-Elect—What Now?
Building the Movement for Social Change

We have just lived through a corrupt, anti-human and disgusting election. Both Democratic and Republican politicians have voted to spend trillions on war and bank bailouts while doing little for the tens of millions of people who have lost their jobs and homes.

Join us for an introduction to the Peace and Freedom Party and an analysis and discussion of the election, the La Riva/Banks socialist campaign, and what is needed now to build the movement for socialism and the struggle for justice.

Click on the image below to download the Adobe Acrobat (pdf) document for printing and distribution. There are two copies per letter-sized sheet.

Flyer for “Trump Is President-Elect — What Now? 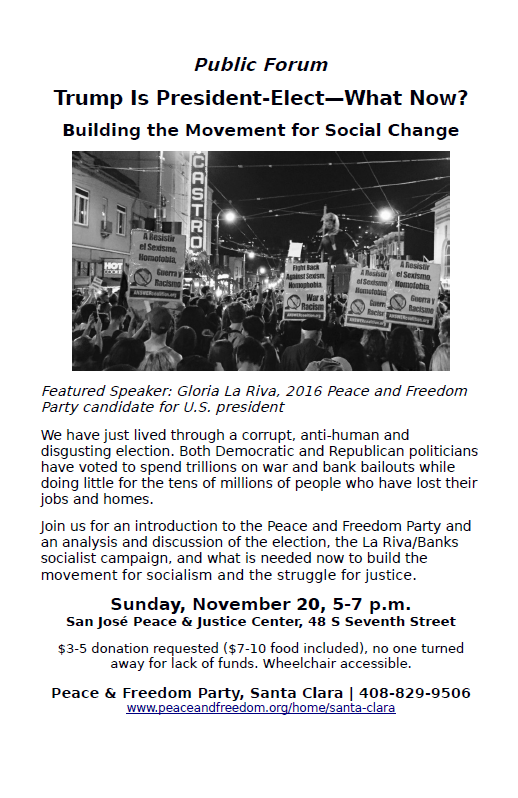