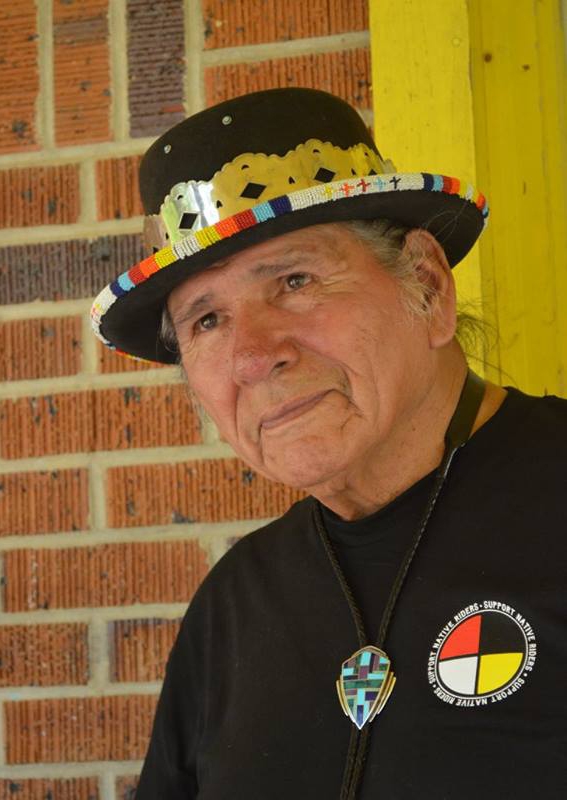 Dennis Banks is running for Vice President of the United States together with presidential candidate Gloria La Riva. Banks and La Riva will appear on the California ballot as the candidates of the Peace and Freedom Party, they’re also on the ballot in New Mexico, Colorado and Iowa for the Party for Socialism and Liberation.

He co-founded American Indian Movement in 1968, and has led or organized many struggles for the rights of Native America, from the 1972 Trail of Broken Treaties to the 71-day occupation of Wounded Knee, which brought world attention and support to the Native struggle. Banks organized the Longest Walk in 1978 from San Francisco to Washington, DC, which defeated all the anti-Indian legislative bills. In 1986 he organized the Great Jim Thorpe Longest Run from New York to Los Angeles, to demand the Olympic Medals taken from Thorpe be restored. They were restored in 1983 to Thorpe’s family. In 1994, he led the “Walk for Justice for Leonard Peltier.” Banks has led 12 international Sacred Runs.

His autobiography Ojibwe Warrior, was published in 2004. The documentary featuring Banks’ life, A Good Day to Die, received the Best Documentary Award at San Francisco American Indian Film Festival in 2010.