This announcement originally appeared at glorialariva4president. on September 22. 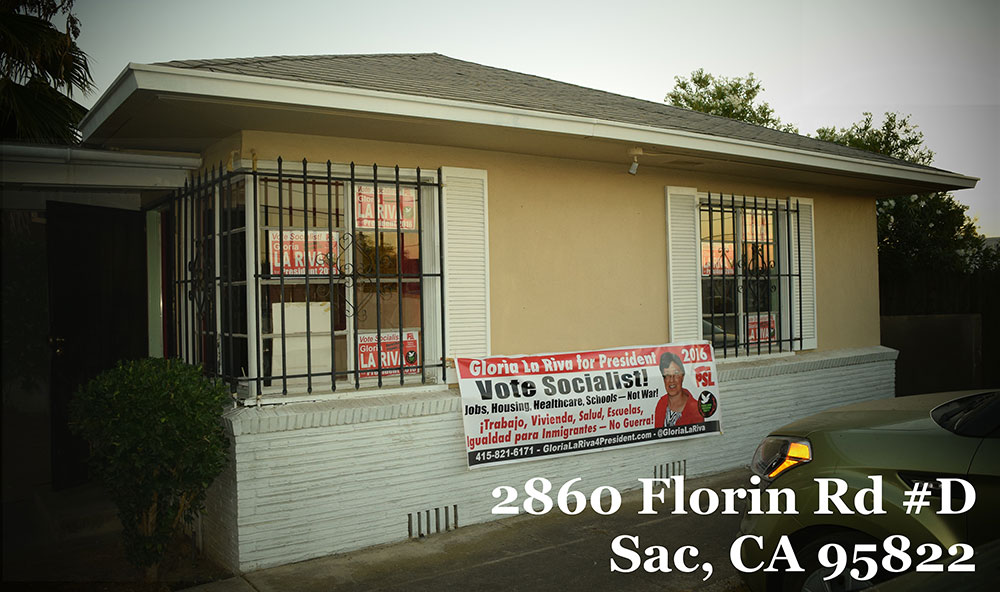 “This is a huge and exciting development” said the presidential candidate La Riva. “The headquarters will be used as a base to get out the vote, register people and mobilize a revolutionary socialist movement.”

Out of the five presidential candidates on the California ballot, La Riva is the only worker, person of color and socialist. She is the nominee of the Party for Socialism and Liberation, the Peace and Freedom Party and the Liberty Union Party.

La Riva continued, “There are corporations and banks that rake in billions of dollars of profit each year from the Central Valley. It’s so wrong that meanwhile there’s also hundreds of thousands of people who face joblessness, lack healthcare and decent housing or education.

“Our campaign calls for a fairer political and economic system called socialism. Under socialism the people have political power and their needs are planned for and guaranteed.”

La Riva concluded, “We think that our campaign will resonate with the people in the Central Valley and that we will do well with voter turnout”.